A campaign, without political color, to make politics, democracy and the rule of law accessible to young people through interactive installations. How can you tickle or inspire young people to engage with politics and get more involved? By giving young people the insight that you do this with every form of expression that advocates your ideas. Not only by voting, but also by sharing your ideas online or offline.

I developed three interactive concepts that could be added to the current collection of ProDemos to scale up the number of visitors. I did a first test with four different classes of a secondary school. I looked at, among other things, how they form their own opinion and which elements can stimulate them in this without being colored politically. Each concept focuses on a specific political element. They touch upon making compromises (Stembox), developing a vision (Power of Ideas) and debating (Stemvak).

In a democracy, it is the people that rule. Start here to cast your vote and discover your influence on our House of Representatives. Experience the compromises you need to make to form a coalition. A piece of music is used as a metaphor. If you don’t listen to others, you won’t hear your own music either. From a cacophony of sounds students compose their own song through compromises.

New, crazy, “unrealistic” ideas can change the world. How? By expressing them and making them visible, even if you are the only one who thinks otherwise. It is that one other voice that moves people and initiates change. This concept gives students visual input to shape their own utopian dream world, their vision on the future world.

Using peer pressure to stimulate people to make a choice. It’s not about what choice they make but that they make a choice and why that one. Only then you can move on to the next ‘dilemma’. A choice between two ‘good’ or two ‘bad’ things. Debating with each other about why they made their decision and change sides if the debate changed their mind. 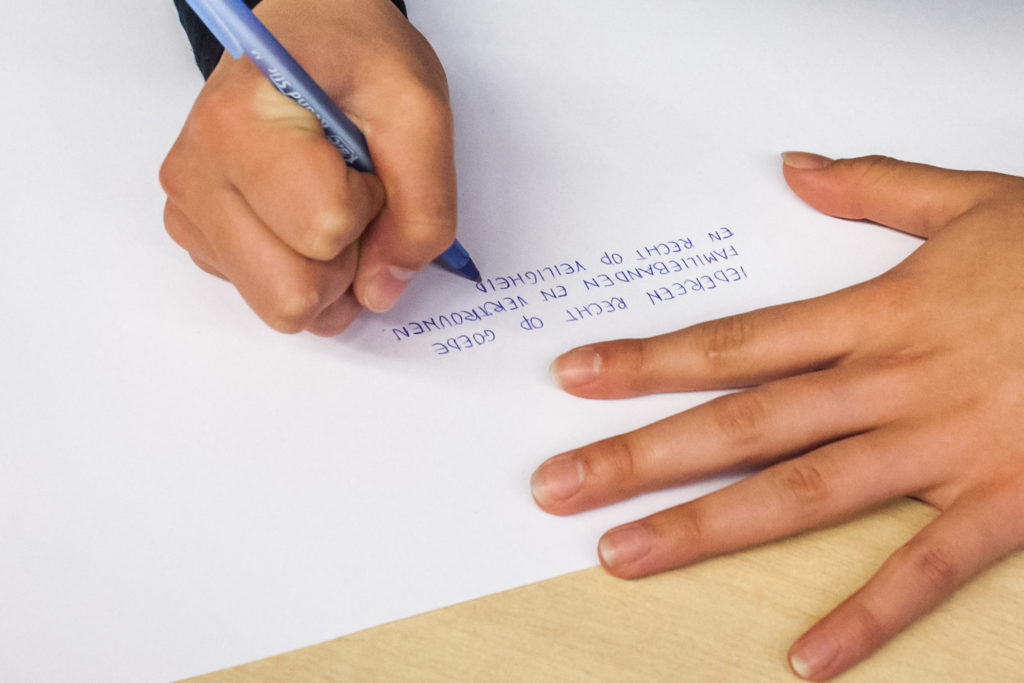 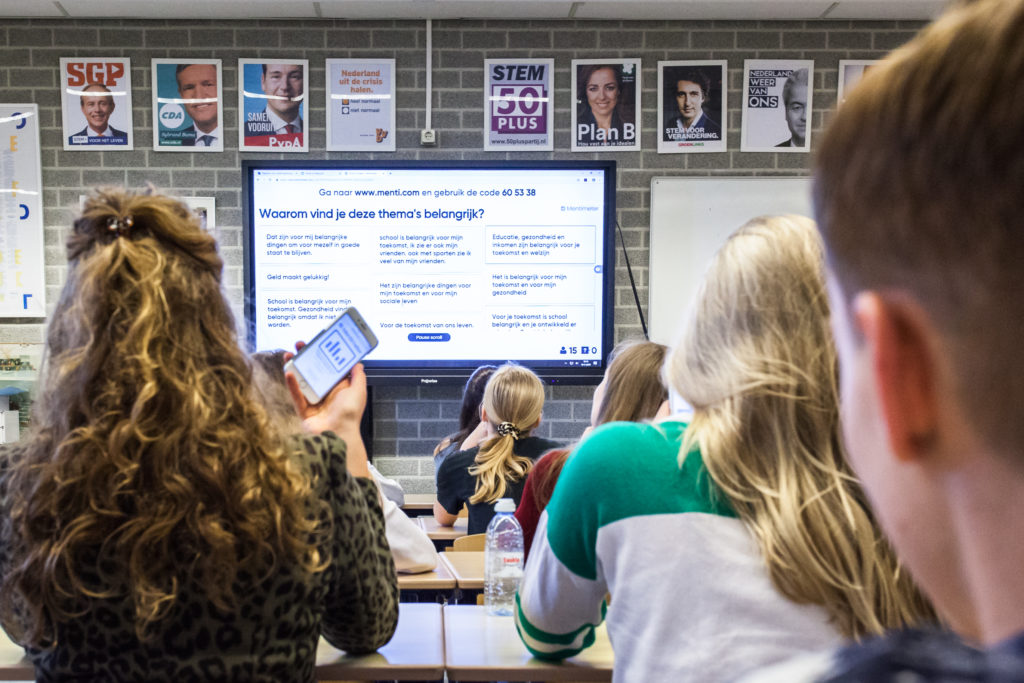 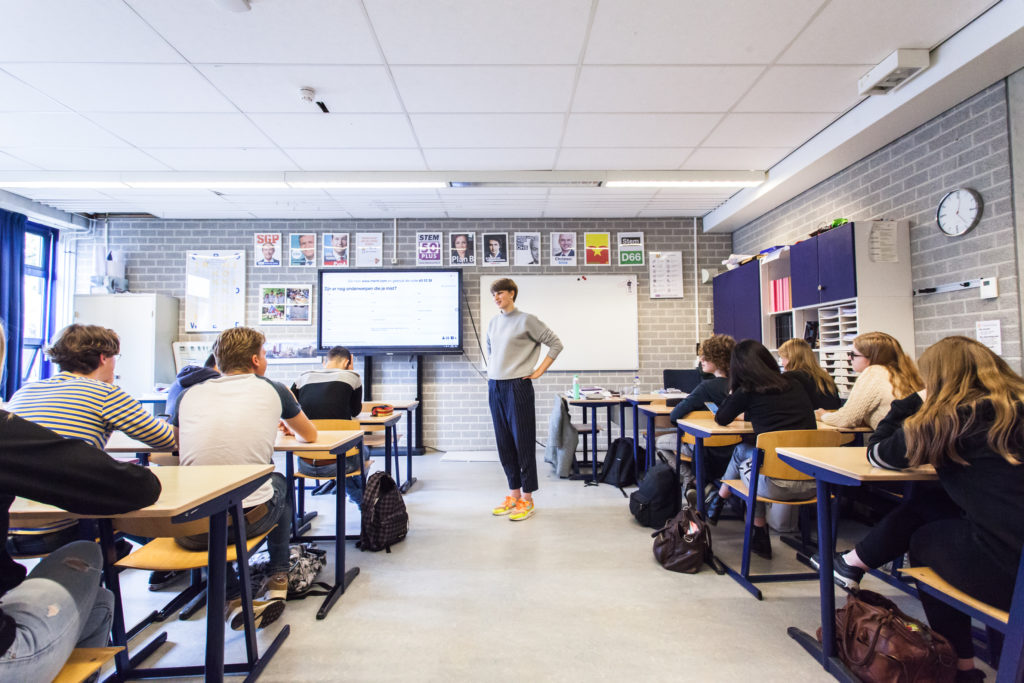 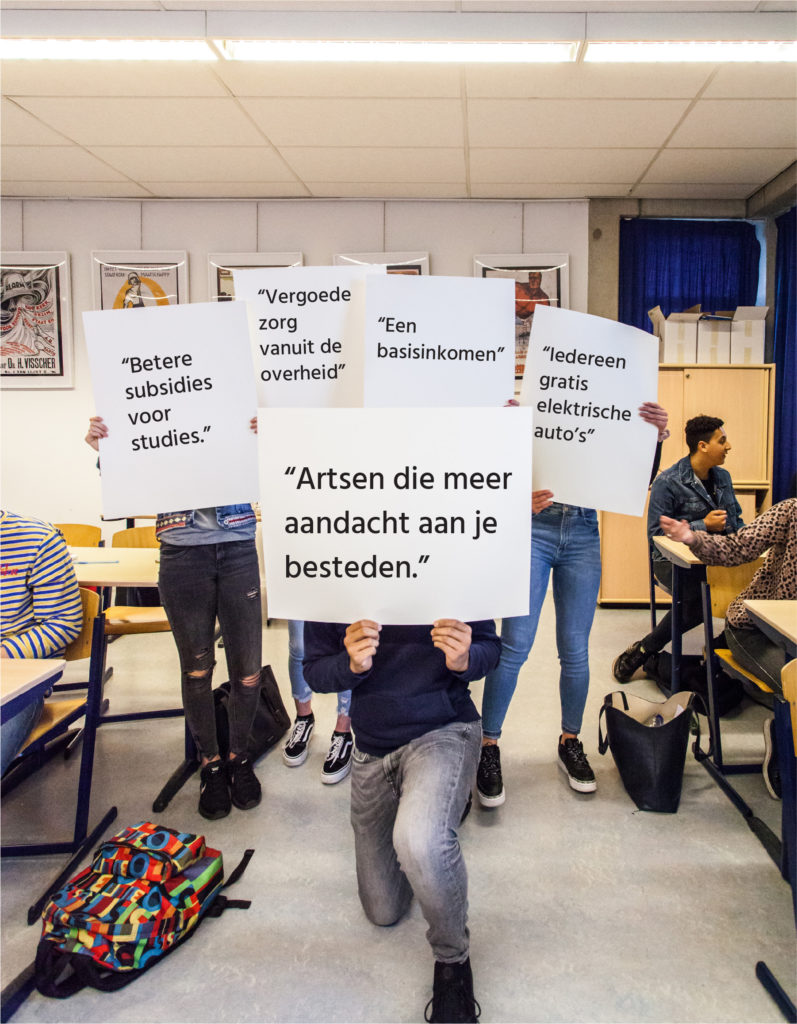 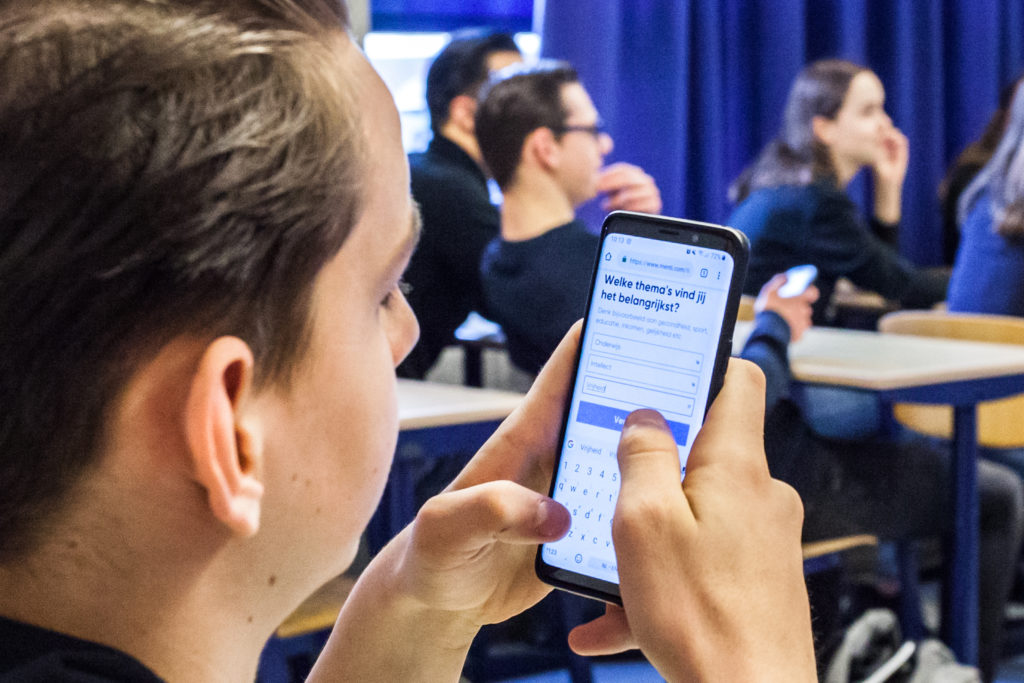 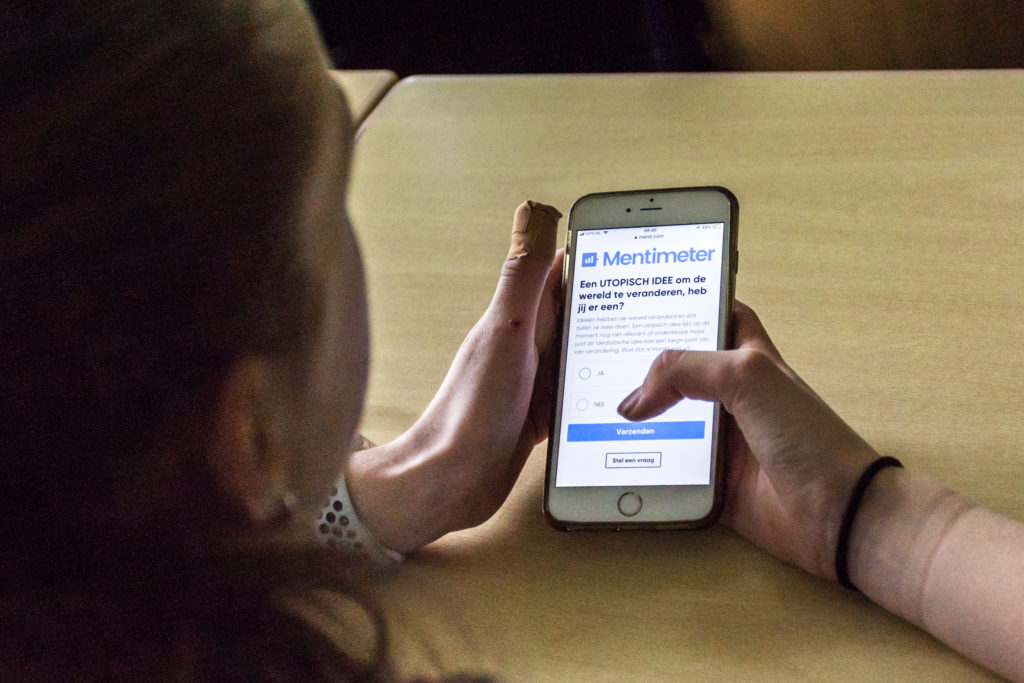 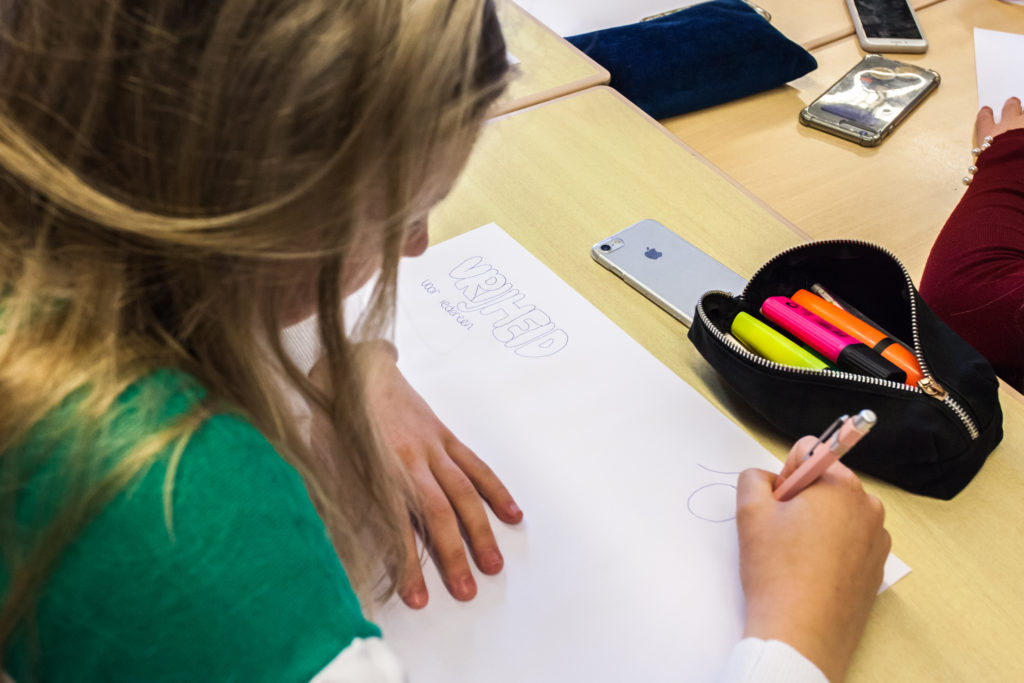